Spotlight on I Hotel 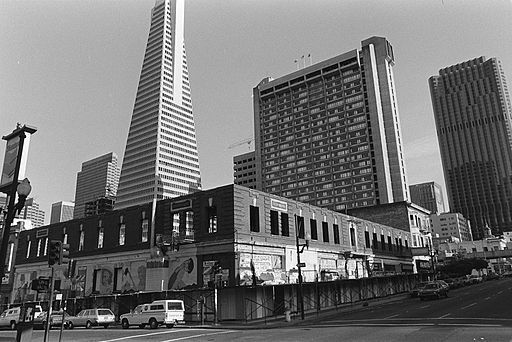 The International Hotel, 848 Kearny Street at Jackson Street in San Francisco, California 1977 after the August forced eviction of tenants. Photo by Nancy Wong is licensed under the Creative Commons Attribution-Share Alike 3.0 Unported license

I Hotel (2010) explores the Asian American Movement in the San Francisco Bay Area from the 1960s to the 1970s. Told through ten interrelated but distinct novellas or “hotels” – hotels like the “Eye Hotel” and “Aiiieeeee! Hotel” – the novel reflects on key moments in the Asian American Movement including the work of the Red Guard Party and the student strikes of the Third World Liberation Front. Central to the text as both a site and a literary trope is the International Hotel, a former residential hotel in San Francisco. 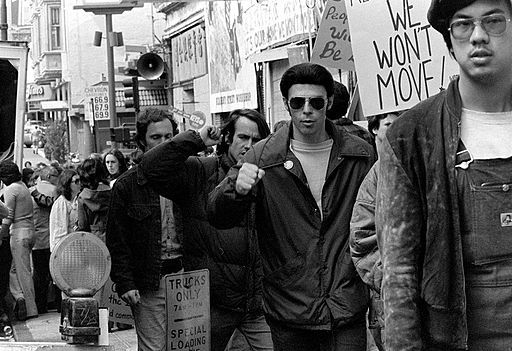 Demonstrators in front of the International Hotel, 848 Kearny Street at Jackson show their support for the tenants who are under eviction orders, August 1977. Photo by Nancy Wong is licensed under the Creative Commons Attribution-Share Alike 3.0 Unported license

Located at 848 Kearny Street, the I Hotel was home throughout the twentieth century to primarily Filipino immigrant men. As Yamashita explains in her afterword to I Hotel, by the 1960s, the residents were elderly bachelors “who had come to make their fortunes prior to World War II and who, because of antimiscegenation laws, exclusion acts prohibiting Asian immigration, and a life of constantly mobile migrant labor, were unable to find spouses, have children, and to settle in the United States” (609). 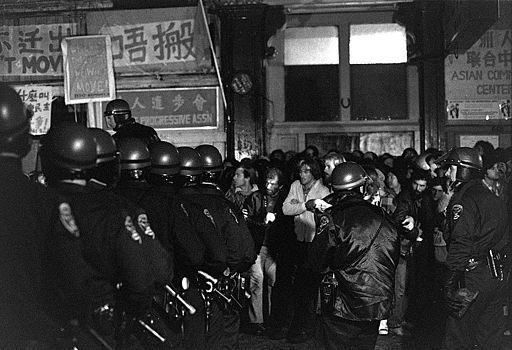 Yamashita’s novel traces how the I Hotel became a site of activism within the larger international context of the Asian American movement. This activism began in 1968 after the hotel was marked for demolition and its residents were served eviction notices. The fight against eviction continued through the 1970s, with the last tenants of the I Hotel escorted from their home in August of 1977.

Yamashita’s I Hotel has garnered much critical acclaim. The novel was a finalist for the National Book Award in 2010, andreceived extensive additional recognition including a California Book Award (2010), American Book Award (2011) and an Asian American Literary Award (2011).