The images in this solo project by Baruch are candid photographs depicting women shopping in department stores in San Francisco’s Union Square. Among the portraits are images of women trying on dresses and accessories, schoolgirls shopping on their own, and interactions between sales associates and customers at various counters.

The subjects were unaware that they were being photographed. In Baruch’s own words, this series “present[s] the world of buying and selling in its imaginative reality.” In 1970, Baruch collaborated with poet James Schevill on an unpublished book titled To Buy or to Sell: Illusion for Sale, which includes the photographs from the project and 35 original poems by Schevill, each corresponding with a photograph. For this project, Baruch initially reached out to renowned poet and member of the Beat Generation, Lawrence Ferlinghetti to provide the poems for her book; however, as his letter attests, he was unable to "come u[ with any text which [satified him]." These photographs were first exhibited in 1966 at the San Francisco Museum of Modern Art. 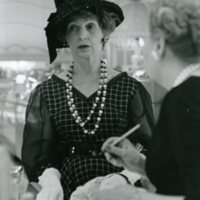 Customer Talking to Saleswoman with Gloved Hand, Beads and Hat, from Illusion For Sale, San Francisco. Photo by Ruth-Marion Baruch, 1961. 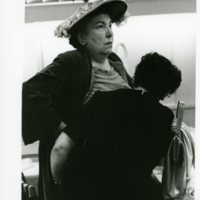 Woman Measured for a Girdle, from Illusion For Sale, San Francisco. Photo by Ruth-Marion Baruch, 1961. 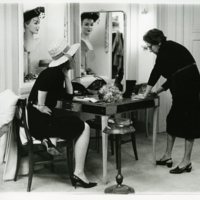 Customer Sitting and Saleswoman Standing, Writing up Sale on Table, from Illusion For Sale, San Francisco. Photo by Ruth-Marion Baruch, 1961. 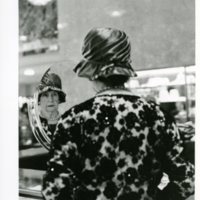 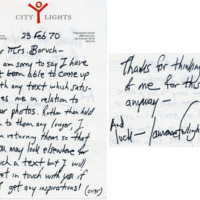 Letter from Lawrence Ferlighetti to Ruth-Marion Baruch regarding her request for him to write poems to accompany her photographs for a book based on the series. Dated February 23, 1970.