Death of the Valley

In 1956, Dorothea Lange approached Jones about a photographic essay she sold to Life Magazine, on retainer, about the final year in the Napa Valley community of Berryessa Valley. At the time Berryessa Valley was slated to be flooded after the completion of the Monticello Dam, which was part of the Solano Project to provide full irrigation to almost 100,000 acres of prime agricultural land in a part of the valley that suffered from drought conditions in the summers. At the completion of the project, Life declined to publish the story and returned the rights to Lange and Jones. They then organized the images for an exhibition, Death of a Valley, that began traveling the United States at the end of 1960. Aperture magazine published the photographic essay and the publication accompanied the exhibition as its catalog. Jones has described this project as “one of the most meaningful photographic experiences of my professional life.”

Over the course of the year, Lange and Jones frequented Berryessa Valley to document the ongoing transformation of the community, from the removal of houses and graves to the destruction of forests. Though this was a collaboration, the two photographers worked independently of each other, often photographing the same scenes, though with different, notable results. Some of Lange’s own proof prints and contact sheets are included. 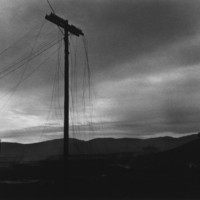 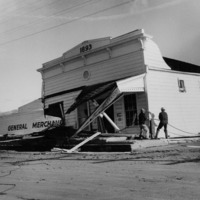 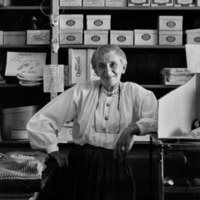 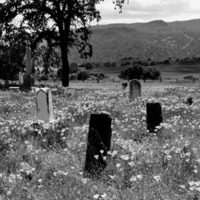 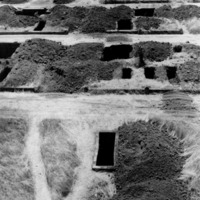 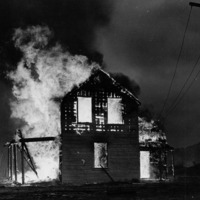 Death of the Valley, Burning House and Barn. Photo by Pirkle Jones, 1956.