Haight-Ashbury was considered the epicenter of late sixties youth countercultures, specifically hippies, psychedelic rock musicians like the Grateful Dead, and the Flower Power anti-war movement against the Vietnam War. This solo project by Baruch documents the Haight-Ashbury neighborhood of San Francisco in 1967 during the Summer of Love. These photographs consists primarily of portraits of young people who embodied the anarchist/countercultural ideals for which the district became infamous. Also included are small photographs of the handpainted and handwritten signs related to the Summer of Love’s drug culture, as well as the anti-war, anti-police brutality, and anti-capitalist movements--that hung throughout the area. These photographs were first exhibited in 1968 at the de Young Museum in San Francisco, California. 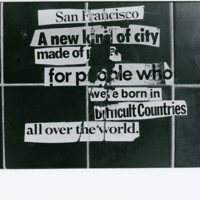 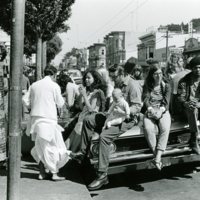 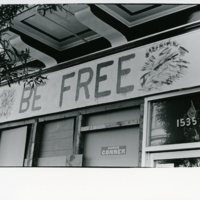 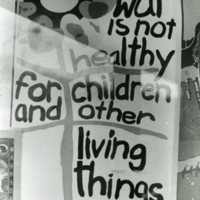 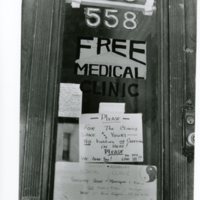 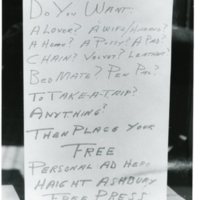