This series came about in 1968 when Baruch, through her participation in the Peace and Freedom Party’s organizing activities, became friends with Kathleen Cleaver, the press secretary of the Black Panther Party and wife of Eldridge Cleaver, the Party’s minister of information. Baruch introduced Jones to the Cleavers and the photographers were then given unprecedented access to the inner circle of the Party’s leadership. This included in-prison access to Black Panther Party co-founder and Minister of Defense Huey P. Newton when he was on trial for the shooting death of an Oakland Police Department officer John Frey. Jones and Baruch took photographs of the Party and its activities from July through October of that year in an effort to create a better understanding of the controversial organization. FBI Director J. Edgar Hoover once called the Black Panthers "the greatest threat to the internal security of the United States."

These photographs were first exhibited in 1968 at the de Young Museum in San Francisco. Despite causing controversy and upset to lead to its near cancellation, the exhibition drew more than 100,000 people. The series, a collaboration between Baruch and Jones, consist primarily of portraits of the Party’s leadership, portraits of other notable civil rights leaders who were allies of the Black Panther Party, or who were sympathetic with the Party’s platform, documentation of rallies, the Party’s Free Breakfast program, and key Black Panther sites in the City of Oakland. Also included are photographs of the de Young Museum exhibition and the museumgoers who viewed it. 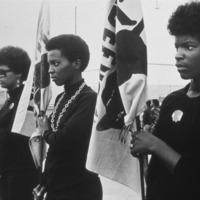 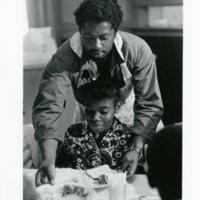 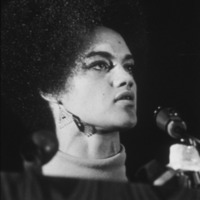 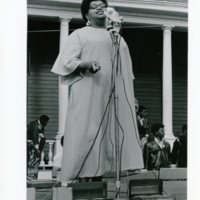 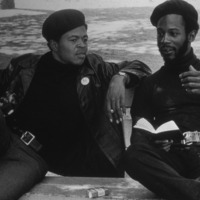 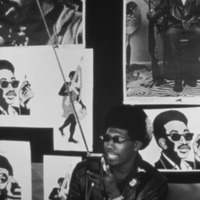