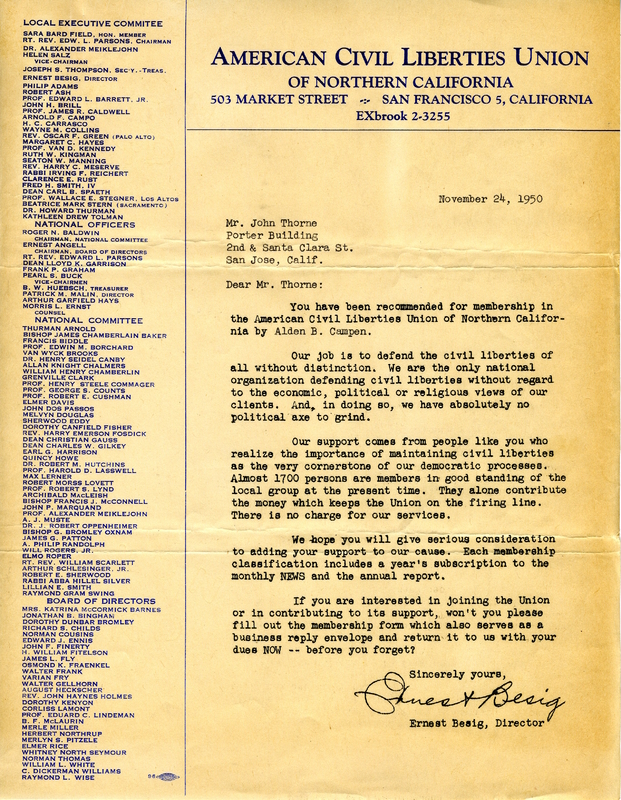 Thorne was an active member of multiple professional associations that advocated for social change and civil rights. He raised funds for and traveled on behalf of the National Lawyers Guild, was a member of the American Civil Liberties Union, and participated in the activities of the California Farm Research and Legislative Committee. Thorne also worked on behalf of the Legal Aid Society of Santa Clara and the Human Relations Commission of San Jose during the 1960s. 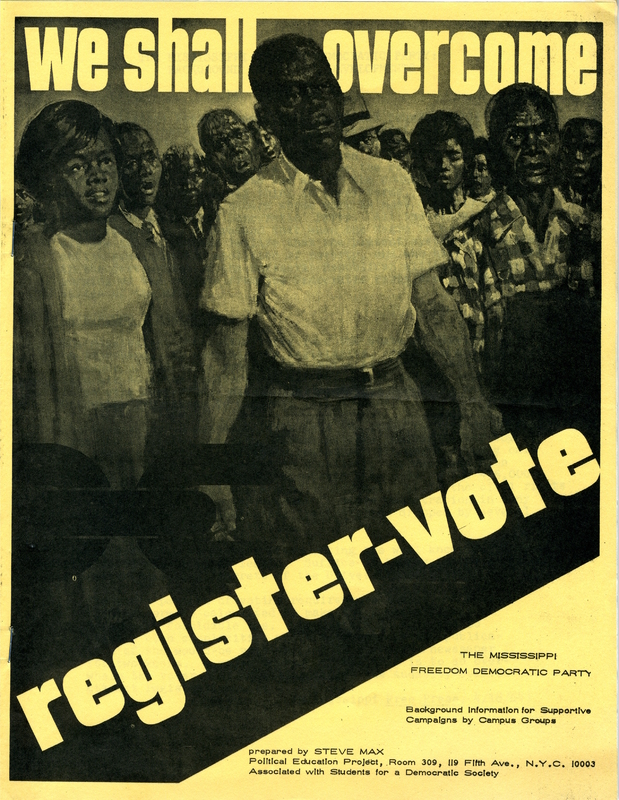 In 1964 and 1965, Thorne volunteered his legal services to the Mississippi Freedom Democratic Party, which challenged the constitutionality of elections in which African Americans were barred from voting. In 1970, Thorne became Black Panther Party member George Jackson’s criminal defense attorney, and served in this capacity until Jackson was shot and killed by a prison guard at San Quentin in 1971. Thorne also represented activist and intellectual Angela Davis during this  period.