Gate 5 has been variously described as an artists’ colony, a hippie commune, a pirates lair, and a health and safety hazard. For two-and-a-half years, Jones paid near-daily visits to Gate 5, allowing him to develop personal relationships with its eccentric residents and, thus, gain unprecedented access to aspects of their insular, iconoclastic lifestyle hitherto unseen. This project by Jones documents the Gate 5 houseboat community of bohemians in Sausalito, California, during the late ‘60s to early ‘70s, prior to the construction of the marinas. These photographs consist primarily of portraits of some of the most infamous residents, including the Redlegs, a local pirate rock-and-roll band; Captain Garbage, who was known as the “enfant terrible” of Sausalito; Garbage’s partner Magnolia Thunderpussy, a burlesque performer, restaurateur, and filmmaker; and artist, educator, and salon host Jean Varda, who taught at California School of Fine Arts (now San Francisco Art Institute) when Jones was a student. Jones also captured scenes of the notorious conflict between Gate 5 residents and Marin County officials who attempted to disperse the community for redevelopment. 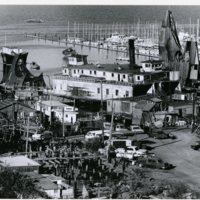 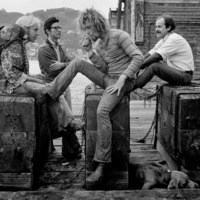 Wayne with His parrot, Normal-Norman Carlin, Michael Scott in the Center and Unidentified Man on the Right, #10, Gate Five, Sausalito, CA. Photo by Pirkle Jones, 1970. 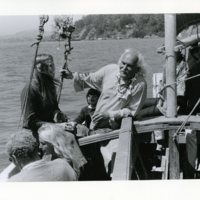 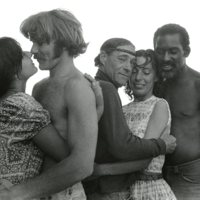 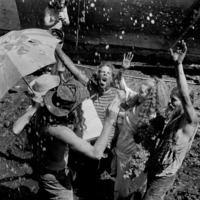 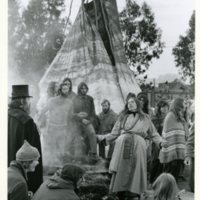