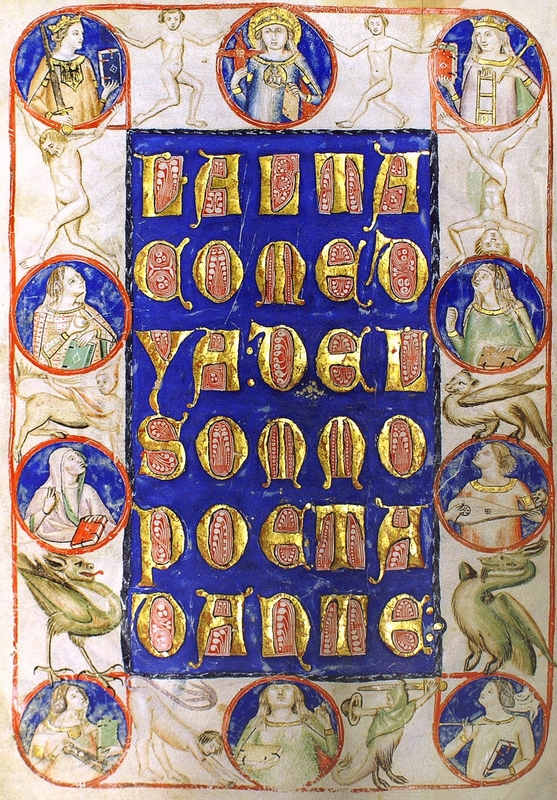 The Divinia Commedia, also called the Codex Altonensis, is an illustrated manuscript of Dante Alighieri’s poem, of the same title. This manuscript was produced between 1350-1410 C.E. and hails from Tuscany, Italy. The Codex Altonensis was abandoned sometime during the first quarter of the 15th century, leaving gaps for illumination that never happened. “Paradise” contains only the Italian gothic miniscule neatly ordered within the margins. Each page is broken into two columns consisting of no more than 36 lines. Each stanza of Dante’s poem is articulate by a distinct letter in the left margin. Not ornate enough to be called an initial, these outlying letters aid in legibility when reading. The names of its scribes are unknown but the presence of different scripts  is evidence of its production as a collaborative effort among more than a singular scribe.

The manuscript depicts the story of Dante and Virgil’s journey through the “Inferno”, “Purgatory” and “Paradise”, and was produced as a luxury good for an expanding aristocratic population interested in displaying wealth, and to entertain audiences with it’s satirical humor and captivating images. Dante’s poem is filled with graphic imagery of torture, blasphemy, and other terrors of hell and purgatory that greatly entertain its audiences. “The supremacy of Italian literature goes back, of course, to the great Divinia Commedia, or Divine Comedy, of Dante Alighieri…Its one of the supreme books of mankind. The tremendous power and artifice of Dante’s writing is quite unique in all the Middle Ages…The scene opens on Easter Thursday in the year 1300 when the poet has lost his way in a dark wood. He is rescued by the poet Virgil who has been sent by three women, the Virgin Mary, St. Lucy, and Beatrice, the girl Dante loved. Virgil escorts Dante right down into the centre of hell, and up through purgatory, and Beatrice herself leads him on into Paradise. It is a poem of enormous intelligence and majesty, and it was extremely widely read.” 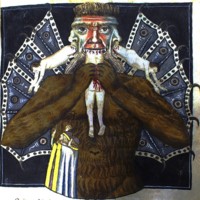 “He wept with all six eyes, and the tears fell over his three chins mingled with bloody foam. The teeth of each mouth held a sinner, kept as by a flax rake: thus he held three of them in agony." 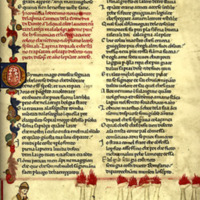 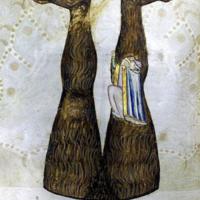 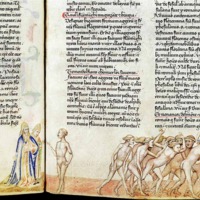 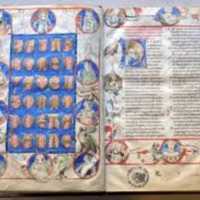