What is a haggadah?

A haggadah (pl. haggadot) is a religious service book used during a Passover seder. During Passover, a week-long Jewish holiday that celebrates and recounts the liberation of the Israelites from slavery in Egypt, families and friends gather in homes for ceremonial dinners called seders. Participants recite the text within the haggadah throughout the seder. The text includes the story of Exodus, blessings, symbolic explanations of parts of the meal, and other festive content. 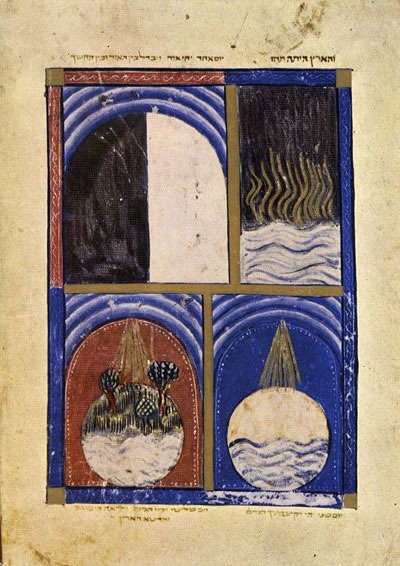 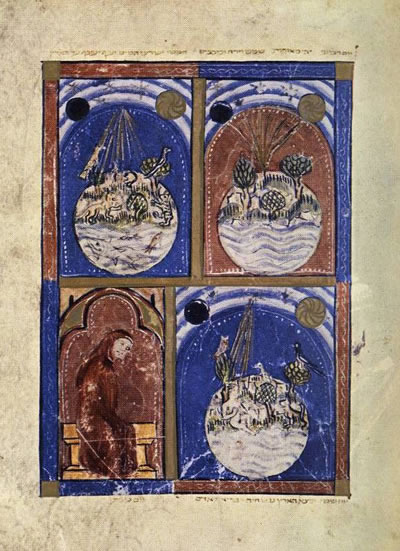 The Golden Age of Hebrew manuscripts flourished in Spain even after the Golden Age of Spanish, Moorish rule ceased. During this time, Jewish aristocrats in cities like Barcelona commissioned Hebrew manuscripts for private libraries, despite experiencing increasing religious and cultural persecution under Christian rule. The Sarajevo Haggadah, which is perhaps the most important medieval, Jewish manuscript still extant, was commissioned shortly after 1350 during a time when many Jewish people were forced to convert to Christianity.

The Sarajevo Haggadah went on to endure the Spanish Inquisition, World War II, and the Siege of Sarajevo during the 1990s. During World War II, the chief librarian at the National Museum of Bosnia, Dervis Korkut, protected the Sarajevo Haggadah from confiscation by Nazi commander Johann Fortner by claiming that another Nazi had already confiscated it. Dervis Korkut, himself a Muslim, continued to hide the haggadah until returning it at the end of the war.

The pages shown to the right of this text depict the seven days of creation, followed by an image of the heavens and the earth in their entirety. The figure shown on the lower page is believed to be that of Adam, not a personification of the deity. The pages read from right to left. 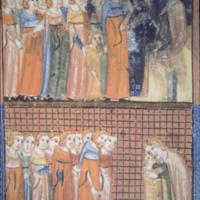 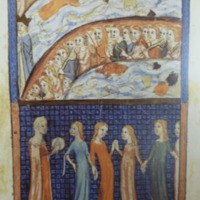 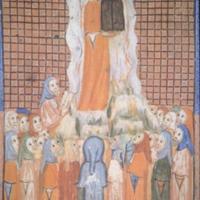 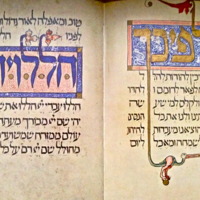 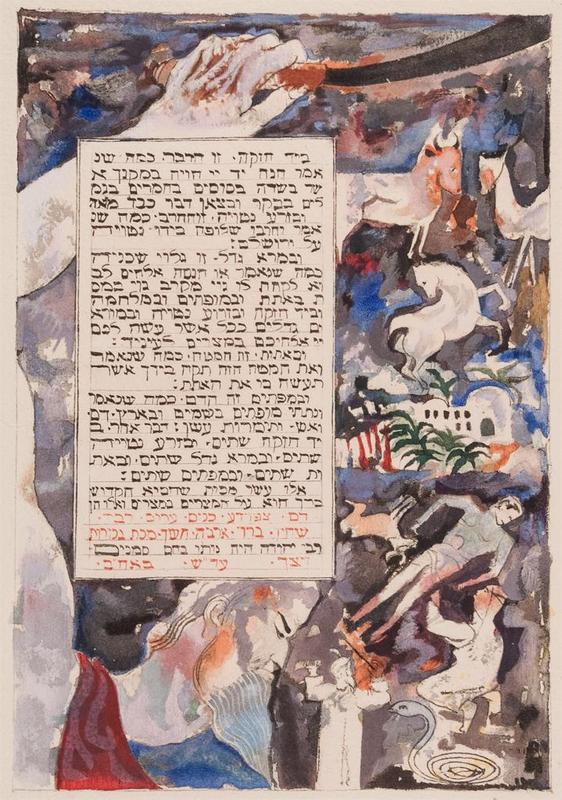 Haggadah for Passover, copied and illustrated by Ben Shahn, is commonly referred to as “Ben Shahn’s Haggadah” (even by the book’s own spine), perhaps because it began as a deeply personal, artistic rumination over the artist’s memories of Passover seders past. Ben Shahn created the twelve primary, illuminated pages within Haggadah for Passover during the early 1930s in Massachusetts. In the 1960s, a serendipitous meeting between Ben Shahn and the publisher Arnold Fawcus inspired the men to publish Ben Shahn’s Haggadah in France with Fawcus’s own Trianon Press. At this point, Shahn and his editor, renowned scholar Cecil Roth, expanded the work, incorporating passages from Roth’s 1934 edition of a traditional, Ashkenazi haggadah.

The page shown above is from the first trade edition of Haggadah for Passover. This page is a photolithographic copy of one of the original illuminated pages that Ben Shahn completed in the 1930s. It depicts the Ten Plagues, or Ten Blows. The text and illustrations focus on murrain–the fifth plague–as well as an overwhelmingly large personification of the deity. 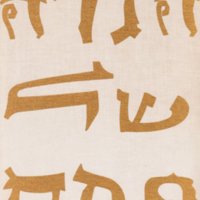 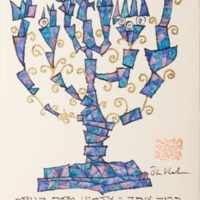 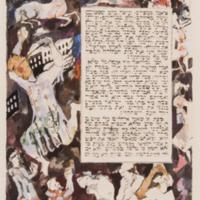 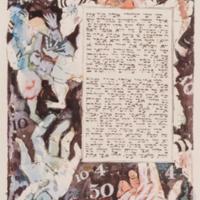 The Sarajevo Haggadah and Ben Shahn’s Haggadah originated in places, both temporal and geographic, where Jewish communities flourished economically and culturally. The Sarajevo Haggadah could not have been commissioned in Spain much later than 1350. It is also significant that Ben Shahn’s manuscript was not printed in France until 1965, though the artist attempted to find an American publisher for the work in the early 1930s. Shahn’s manuscript was unlikely to have been printed in America during the Great Depression or in France during World War II or its aftermath.

The pages displayed here reveal the pronounced aesthetic distinctions between the Sarajevo Haggadah and Ben Shahn’s Haggadah. The Sarajevo Haggadah exhibits French, Moorish, and European-Gothic influences that are typical to medieval, Sephardic texts. Ben Shahn’s Haggadah draws upon Ashkenazi artistic conventions. Traditionally, Ashkenazi haggadot include bands of illustration surrounding blocks of text in a sophisticated, folk-art pattern that has its roots in classical art. The haggadot displayed here, along with many other masterful works, serve to underscore the rich history of figurative, Jewish art.

There are several medieval haggadot facsimiles in the library, for example, the Rylands Haggadah and the Ashkenazi Haggadah. In addition, Special Collections and Archives houses the archive of the Trianon Press (MS99).