A Leisurely Pursuit of Physical and Emotional Health 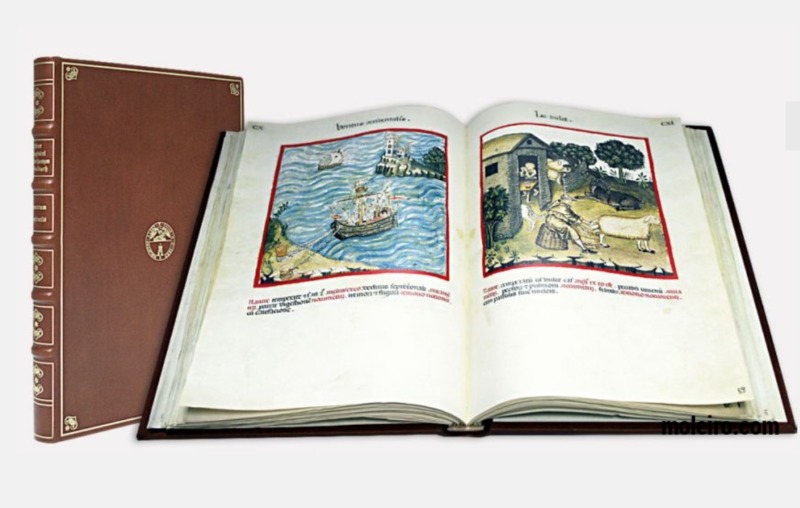 It is currently located in the Biblioteca Casanatense Library of Rome. The original MS number is 4182 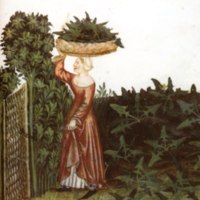 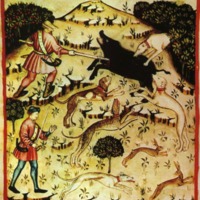 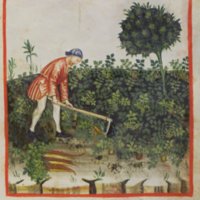 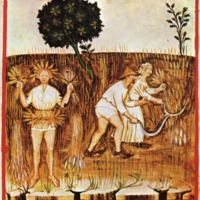 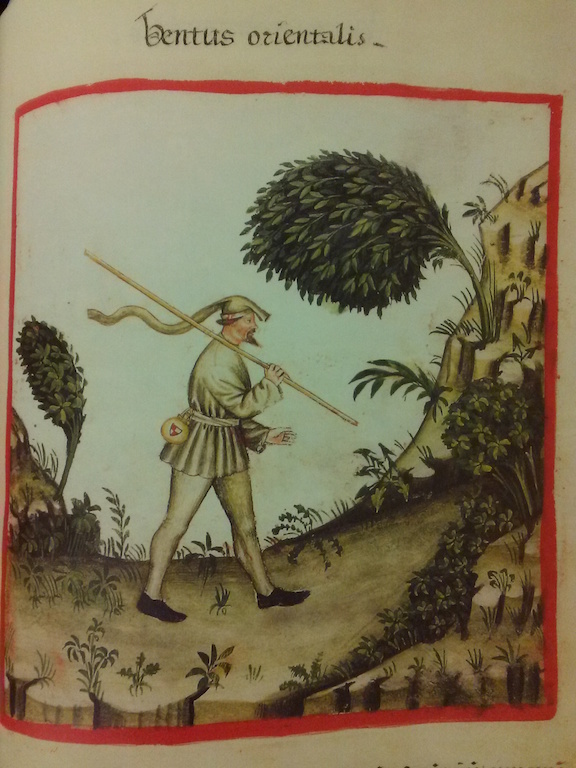 The workshop focusing its efforts compiled this handbook with the intent to file only what they believed the nobility would be interested in knowing off hand. To the delight of many of its patrons and owners it was broad and mentioned lots of different areas people may have inquires about. The main ambition was mostly laid out in the miniatures. Almost self-aware of its shortcomings as a medical book the miniatures are detailed and entertaining. Instead of showing a specimen of a plant with a sparse background to detract from any distraction from the item being discussed the artists of the Theatrum Sanitatis incorporated the whole scene where a specimen would originate. For example the illustration for carrots includes the whole field and a man hard at work. The medieval understanding of "diet" was not just limited to food. it was all areas of health incorporating everything from food, sex, and weather. 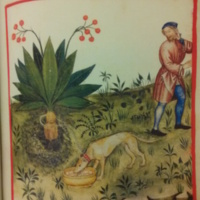 Mandrake Fruit: Nature: cold in the third degree and dry in the second. Best when large and aromatic. Beneficial: its fragrance soothes headaches; and as a poultice for leprosy and black infections of the skin. Detrimental: it deadens the senses and causes drowsiness. Remedy the Detriment: with ivy fruit.

Iconography of the skepticism about the mandrake would have been a recognizable and entertaing visual trope for medieval viewers. The artist maintained the picturebook format with concise and brief amounts of information. Every illustration has its own caption separated into categories with rubricated text natura, meaning the nature of what is depicted, melior ex eo, when it is best to use, iuvamentum, its usefulness, nocuntum, its dangers, and remotio nocumenti, how to neutralize its dangers.

The nobility enjoyed seeing themselves incorporated into the motifs. As can be seen above in the “Hunting in the Countryside” illustration shows two men with five of their dogs spending leisure time hunting wild boars and hares. The text beneath it says, “Nature: hunting wild animals. Best: when the hunting is easy. Beneficial: if dilutes the humours. Detrimental: it dries the body out. Remedy the detriment: with ointments in the bath”  keeping the nobility entertained, but to also not bore them with detailed descriptions that would distract from the artists work. Iconography of the skepticism about the mandrake would have been a fascinating topic for ancient viewers. 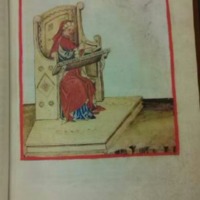 The artist was looking for acknowledgment for his skill, but was looking for a necessary tablet to dish up his artistry. The “Tables of Health”, Tacuinum Sanitatis, or was rather recognized source of information for the gentry and worked well for the above purpose. This also justifies the artists statement that men basically want to be informed the smallest amount possible about their health. According the Hoeniger these scenes kick started a new genre. A lot of information can be found mentioning the Theatrum Sanitatis Biblioteca Casantense, Rome, but usually it is when discussing one of the other four Theatrum Sanitatis’. This is the case with Alixe Bovey, whom is discussing the Tacuinum Sanitatis, Liechtenstein. This is strange because the descriptions that do go into detail state that the Lombardy version is the most complete of the series. The best amount of information can be found in the dual Spanish-English Commentary released by M. Moleiro. Another individual that does an indepth analysis of MS 4182 is by Hoeniger. A copy can be viewed at the Special Collection in the library of the University of California - Santa Cruz. It stands as a picture book with advisory notes for the elite and wealthy.

A herbal is the recording of plant attributes and their effect on the body. It is not limited to just plants, some herbals will include different effects, animal meat or its extract. The best preserved herbals are the illustrated ones and in these illustrations they aim for detail, but many of the herbals were in fact not illustrated. For a video of concise herbal hsitory click here. 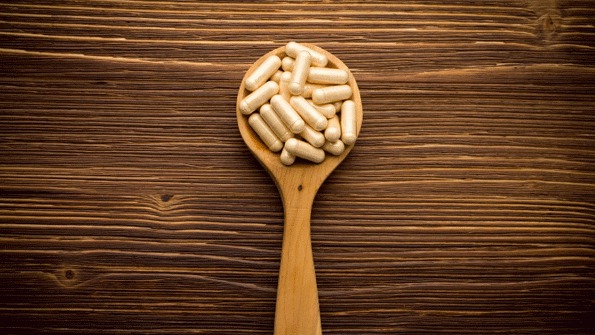 The same curiosity with plant health science is referred to today as botanical medicine or dietary supplements. It is interesting to note how large the market is today for this “alternative medicine”.  According to an article by the University of Minn, In 2010, the global retail sale of botanical dietary supplements amounted to more than $25 billion, according to Nutraceuticals World. With this buying power, the more the American public knows about botanical health benefits.