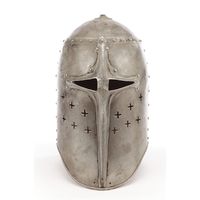 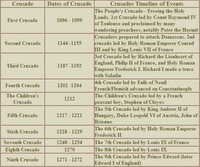 Within less than two centuries eight major military campaigns had been sanctioned on behalf of the Latin Roman Catholic Church with the aim of restoring Christian access to holy places in and near Jerusalem. The crusades are representative of Catholic religious fanatics demanding access to the Holy Land (present day Israel, Palestine, Syria, Jordan).  Fights over the Holy land continue to this day in Palestine/ Israel.  The Qu’ran, like the Bible, often urges believers to fight for their beliefs, however the Qu’ran also commands that enemies be shown mercy if they are to surrender.  Parts of the Bible explicitly advocate for genocide, the total extermination of enemies, of men, women, and children, and even their livestock.  The Bible also alleges divine approval of racism and segregation.  Moreover, in Exodus 15:3, the Bible says that the Lord is a man of war.  These war verses are not limited to the Old Testament. People within many religions have engaged in violent activities and justified them through their faith, believing they have the divine on their side.  Muslim communities were not the only ones targeted during the crusades; pagans, and dissident Christians were murdered as well.  Like the Crusades, contemporary acts of jihad have focused on intra religious disagreements; both Christians and Muslims have targeted people within their own religion, believing them to be heretics. 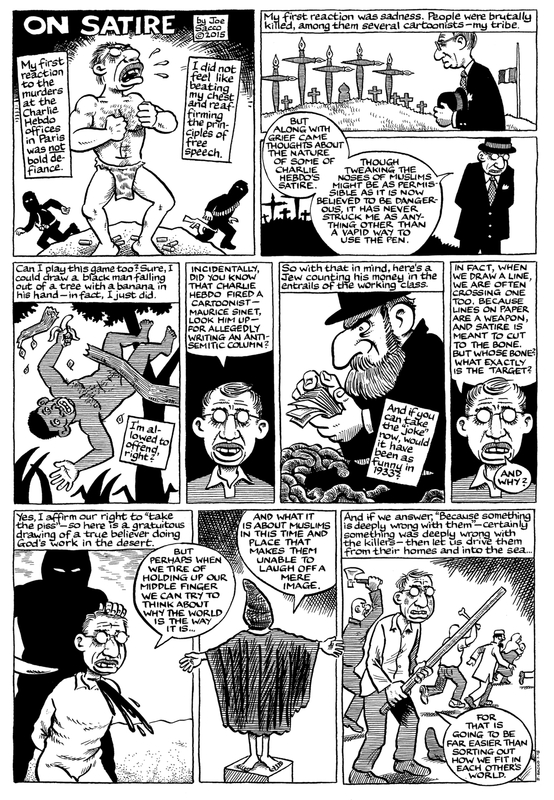 The Muslim Brotherhood is a global organization and the leading force behind political totalitarian Islam.  It is also the fountainhead for terrorist Islam, and in particular the Islamic terror groups al-Qaeda and Hamas.  The Brotherhood was founded in Egypt in 1928, by Hassan Al-Banna... Al-Banna’s mission was to create a global Islamic empire instituting sharia as a global law: “It is a duty incumbent on every Muslim to struggle towards the aim of making every people Muslim and the whole world Islamic...the motto of the Muslim Brotherhood inspires its members to achieve this plan: ‘Allah is our goal. The Prophet is our leader. The Qur’an is our law. Jihad is our way. Dying in the name of Allah is our highest aspiration.’” (Horowitz and Spencer, Islamophobia).  The most recent accounts of jihad has been in relation to French satirical weekly newspaper Charlie Hebdo in Paris on January 7th 2015.  Another present conflict involving jihad has been perpetuated by ISIS: “The jihadists, who are consolidating their control of northern and eastern Iraq, have also destroyed religious and cultural monuments and have laid siege to whole communities...they are systematically targeting men, women and children based on their ethnic, religious or sectarian affiliation and ruthlessly carrying out widespread ethnic and religious cleansing in the areas under their control" (Al Jazeera). These Islamic groups who carry out acts of violence are by no means representative of all people of the Islamic faith.  They are extremists just as the Christians in support of the crusades were.  There are many modern Christian and Catholic extremist as well, however they are hardly ever discussed as “terrorists” (i.e. abortion clinic bombers, Christian Zionist who enable the genocide of Palestinian communities for the sake of the Second Coming).  The popular discourse around terrorism sutures a Muslim culture to the label “terrorist” ad nauseam, perpetuating and normalizing Islamophobia.  The profiling and criminalization of Muslim peoples has become routine, and the viewing of their cultural practices (as diverse as they are) as primitive, lesser than, and “other” to those practiced by a Western democratic state has become systemic. This has had many violent, punitive, material effects for Muslim individuals and communities living in the United States and abroad.