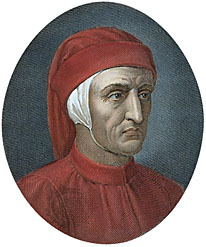 The Codex Altonensis contains all sections of Dante’s Divine Comedy, whereas Rauschenberg focuses only on Dante’s journey through the “Inferno”. However, coincidentally, the most elaborately illustrated section of the Codex Altonensis is the “Inferno”. Production on the manuscript was abandonment in the 15th century for unknown reasons, leaving “Purgatory” minimally illustrated, and “Paradise” without illustrations at all. Tellingly, Rauschenberg chose to solely illustrate the “Inferno”, when historically the notion of salvation, or progress, within queer communities seemed unimaginable. Rauschenberg’s intention, with his focus on the “Inferno”, is to emphasize his epoch’s ideological declaration that salvation is for only a few.

Dante’s words are vibrant and ripe for imagery that would, in other contexts, be seen a tawdry or pornographic. The Codex Altonensis’ illustrations make direct visual reference to the text on each of it’s pages. Where, in Rauschenberg’s version, the illustrations are not accompanied by Dante’s poem. For Rauschenberg the images would take precedent over the words.

Codex Altonensis incorporates the humor often present in Dante’s Divine Comedy, for an audience that enjoyed the simultaneously humorous and startling imagery presented. Rauschenberg’s illustrations are reverently devoid of humor and evoke a sinister, macabre atmosphere. The “Inferno” presented by Rauschenberg’s is distinctly threatening and meant to be read as such. Later the cutout Rauschenberg uses to represent Dante, dressed only in underwear and leaning against a tiled wall, is reminiscent of the walls of a bathhouse and would come to associate itself with the AIDS epidemic occurring a couple decades later. Rauschenberg’s “Inferno” is prophetic of the political response by government, the media, and often, close family members and frineds who would turn away from the deaths of Rauschenberg’s marginalized community. This work has the effect of watching our collective lives pass before our eyes. 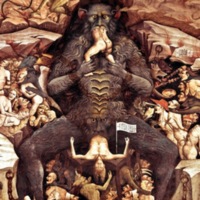 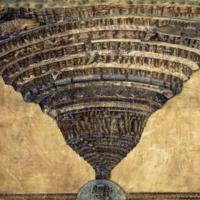 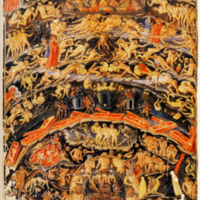