Documenting the Haight: Photographs from the Summer of Love

For photojournalist Ruth-Marion Baruch, the Summer of Love was like a present wrapped in tie-dye and left on her doorstep... Visually, the hippies, as the media dubbed these rebellious flower children, were a photographic mother lode in their bare feet and long hair, their love beads and peace signs and thrift store chic...Bands like the Grateful Dead, the Jefferson Airplane and Quicksilver Messenger Service were playing for free on flatbed trucks, inventing a kind of psychedelic rock that became the soundtrack for this idealistic experiment in carefree sex, psychoactive drugs and communal living. All that Baruch had to do to be right in the vortex of this incense and patchouli scented scene was travel across the Golden Gate Bridge every day...She documented this youth-quake just as it peaked, just before the mainstream media popularized the image of the flower child, signaling that the end was near. 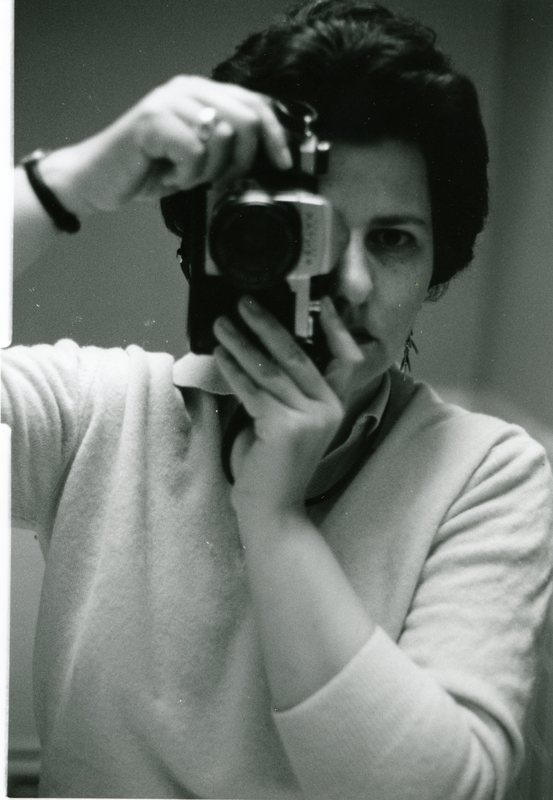 Ruth-Marion Baruch was a well-known Bay Area photographer when her Haight-Ashbury, 1967 exhibition opened at the de Young Museum in San Francisco (1968). Born in Germany and raised in New York, she earned undergraduate degrees in English and journalism from the University of Missouri. Baruch came to California to attend the California School of Fine Arts (now the San Francisco Art Institute) where she met her future husband, Pirkle Jones.

Like many photographers and reporters, Baruch went to the Haight to photograph the phenomenon of the Summer of Love. However, her photographs of street life differed from mainstream media coverage as she documented signage and quiet, peaceful moments between individuals.

Her exhibit at the de Young signaled a more artistic and elite sphere for confronting the hippie movement and proved decisive for Baruch as a photogpraher. It was while the Haight-Ashbury photographs were on exhibit at the de Young that Baruch had a fateful conversation with museum director Jack McGregor, setting the scene for a collaboration between Baruch and Jones to document the Black Panthers in an extremely controversial project that “cemented their reputations as two of America’s most important photographers.”

Herb Greene was a commercial photographer who lived in the Haight-Ashbury during the 1960s. He photographed the Grateful Dead extensively during this period and continued to document the band throughout his career.

Greene’s photographs of the Dead in the Haight show the moment when the San Francisco sound was evolving, and the band, previously known as the Warlocks, became the Grateful Dead.