Death of Hippie: An end to the Summer of Love

“That October, the leaders of the Haight community who were left staged a mock funeral they labeled: Death of Hippie, signaling the end of this historic social experiment, slamming the door on those who would come to San Francisco and urging them to ‘bring the revolution to where you live.’” 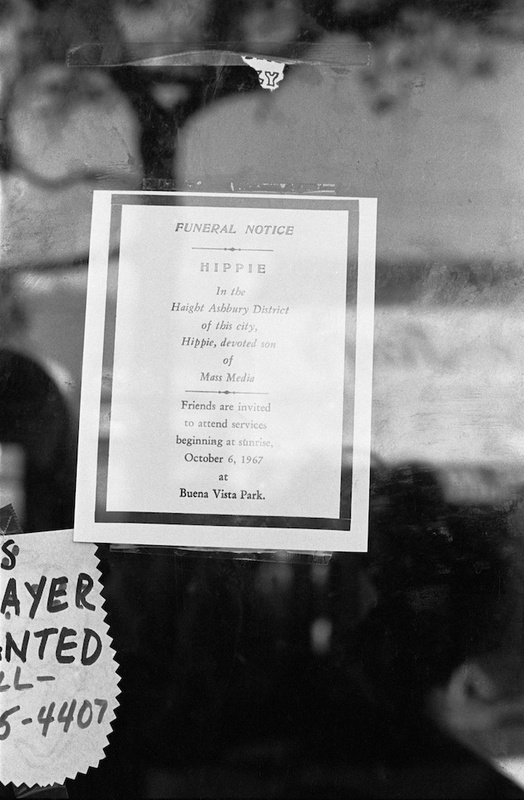 A DAY OF DEATH

Death of Hippie was a mock funeral staged on October 6, 1967 meant to signal the end of the Summer of Love. Organized by the Diggers to convince the media to stop covering the Haight, attendees burned underground newspapers and hippie clothing. Leaders carried a coffin down Haight Street and the crowd stopped for a “kneel-in” at the corner of Haight and Ashbury.

Through this performance, the Diggers sought to end the commercialization of the hippie lifestyle and the main stream appropriation of their social experiment.