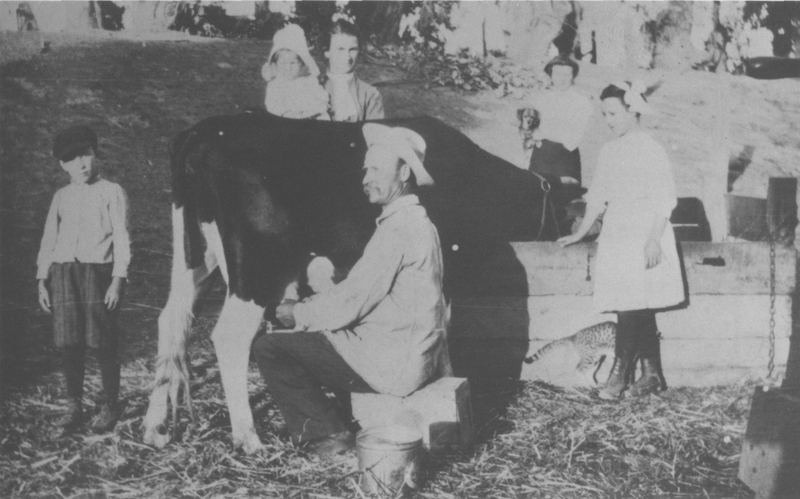 Dean Eugene McHenry was born October 18, 1910 on a bean farm in Lompoc, California. He attended elementary and junior high school in Lompoc and then moved to Van Nuys (near Los Angeles), California in 1925, where he attended Van Nuys High School. In 1928 McHenry entered the University of California, Los Angeles, then only in its ninth year. While at UCLA he was elected student body president. He earned his BA in political science from UCLA in 1932 and went on to Stanford University, where he met Clark Kerr, who was to become a lifelong friend and colleague. They became roomates at Stanford. At Stanford McHenry also met his future wife, Jane Snyder. McHenry earned his MA in political science in 1933. His Master's thesis was on lobbying in the California legislature.

In the fall of 1933 McHenry entered UC Berkeley graduate school, with his friend Clark Kerr. This was during the Great Depression and both McHenry and Kerr were in need of a summer job. Kerr began working with self-help cooperatives in Los Angeles, as part of the End Poverty in California [EPIC] movement. He invited McHenry to come down to Los Angeles and work with him, which McHenry did. There McHenry grew inspired by Upton Sinclair, who had been a Socialist, but switched to the Democratic Party and ran for governor of California. McHenry returned to Berkeley in the fall, but remained involved with the Sinclair campaign, organizing what he called a "brain trust" of individuals who would help in the Sinclair administration, should Sinclair be elected.

In 1934 McHenry became a research assistant at the Bureau of Public Administration in Sacramento, helping to write briefs for legislators. It was there that he began to develop the experience in California's politics that would serve him well for the rest of his career.

In 1936 McHenry earned his doctorate in political science at UC Berkeley. He moved to the East Coast, where he taught political science at Williams College and Pennsylvania State University. In 1939, he returned to UCLA as a faculty member in the politics department, where he remained until his appointment as founding chancellor of the University of California, Santa Cruz in 1961.

In the late 1950s (while he was still at UCLA) McHenry served as a member of the Master Plan Survey of Higher Education for California (1959-1960)  and the University Dean of Academic Planning under President Clark Kerr (1960-1963). McHenry helped Kerr plan for the development of three new UC campuses that had been authorized by the Board of Regents. The site-selection process would lead to campuses in Irvine, San Diego, and Santa Cruz--and Kerr tapped McHenry to lead the latter campus.

During the planning years before the campus opened, McHenry established an academic and administrative backbone for the new campus (with founding provost Page Smith), recruited dozens of distinguished scholars such as botanist Kenneth Thimann to the faculty, and kept abreast of numerous construction details. His wife, Jane, also played a pivotal role in UCSC's development during those planning years--and throughout McHenry's tenure as chancellor.Dean McHenry served as UC Santa Cruz's founding chancellor for thirteen years before retiring in 1974, but remained an active member of the UCSC community until his death in 1998. In his retirement years, he and his wife also were very active in the family-owned and operated McHenry Vineyards on their Bonny Doon ranch in rural Santa Cruz County. His vision, integrity, and deep commitment to higher education played an essential role in the successful development of the campus.